The Cumberland Arms sits at the end of what was a terrace, built around 1860 so The Cumberland was operating as a beerhouse pretty much from the start. As a result of an act of Parliament in 1830, anyone could brew and sell beer on payment of a licence costing two guineas.

It was converted from a private house into a pub in 1898 and opened in 1899; however it didn’t get a full on-licence until 1956. The modifications in 1898 made the local newspapers as the result of a tragic accident when part of the building collapsed killing a workman called Matthew Fitzgerald. This has lead to the corner of the pub to the left of the fireplace in the main bar being known as “Dead man’s corner”. 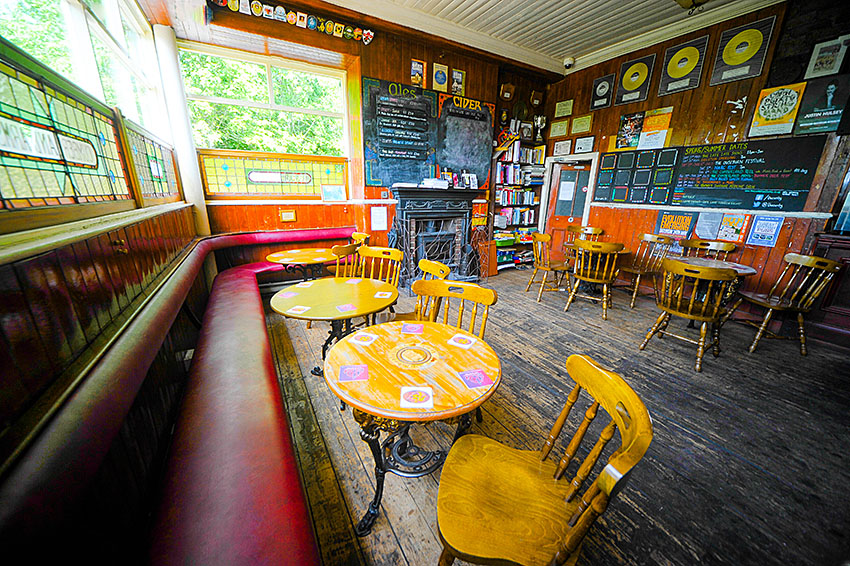 It is the only pub still standing, previously under the management of John “Jocker” Wood, an entrepreneur, who also ran the now demolished Mason’s Arms and The Duke of York. He was a world champion quoits player, bagatelle champion, golfer, pigeon-fancier and noted cyclist who pedalled from John O’Groats to Land’s End. An Ouseburn heritage plaque was unveiled during the time of the Ouseburn Partnership which oversaw the first regeneration of the lower Ouseburn valley.

“Jocker” Wood’s layout remains, with two rooms either side of a central entrance lobby where the off-sales hatch and its sliding window survives. The pub was eventually acquired in 1919 by Wilkinson’s Pine Street Brewery of Elswick with the current owners taking over in 2002. The original Byker Buildings may well have come down as part of the great slum clearance of the 1930s which was interrupted by the war. The post war flats known as Byker Buildings were demolished in September 2000.